Maths Eyes     There have been several competitions running in the School over the last few weeks. Ms Walsh, Leader of Numeracy, coordinated the Maths Eyes Competition searching for examples of maths in our local environments. The children proved to be very observant and creative in finding their examples, which ranged from number puzzles to computational challenges. Winners were chosen from each year group in the School and also an overall first, second and third placed winner from the total number of entries. The winners were announced on Maths Day, 16th October and each received a delicious chocolate bar! Well done everyone it was lovely to see all the entries displayed here in The Street. 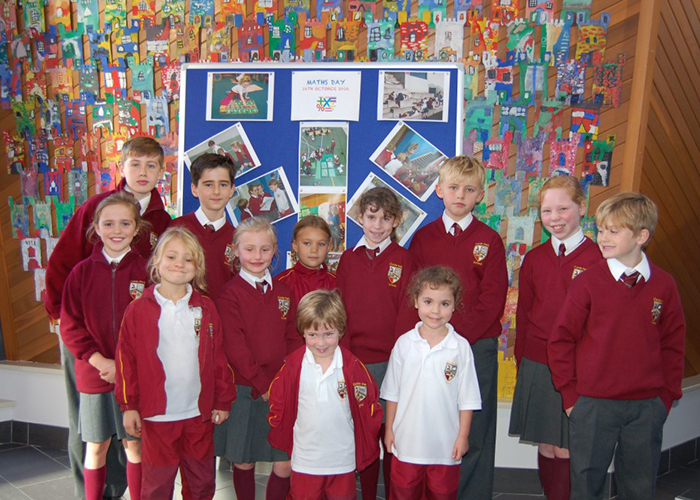 Brook House Singing Competition     Ten finalists were shortlisted following auditions among the Form IV, V & VI pupils to compete in this year’s Senior Singing Competition. A special Assembly was dedicated to the competition and the standard of singing proved to be extremely high this year. Ms McKiernan, Director of Music, was delighted to announce the results and presented the Brook House Trophy to Timothy, VIP; second place was awarded to Grace, VP; and third place to Michelle, VC. 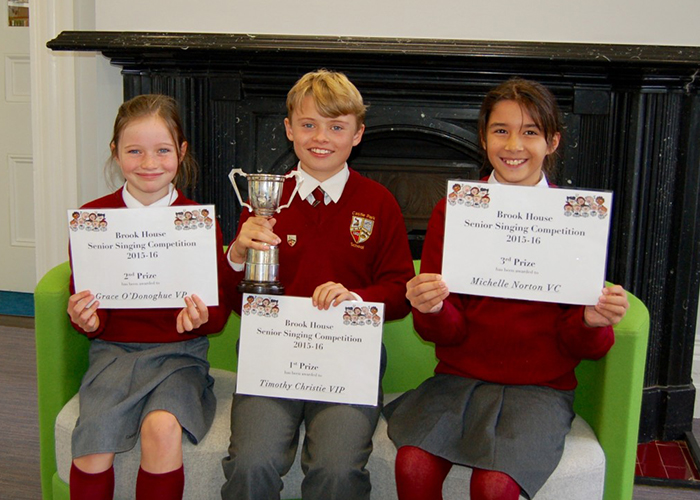