We were delighted to be invited for the eighth year in a row to display a project at The RDS Primary Science Fair which runs at the same time as the BT Young Scientist & Technology Exhibition each January. This year our Form VI pupils researched “Do Free Range Eggs Have Stronger Shells Than Battery-Farmed Eggs?” Focusing on the physics behind egg shell strength the children conducted some “smashing” experiments and, surprisingly, concluded that the battery eggs held the most weight! Alongside the main experiments the children also discussed the ethics behind each type of farming and looked at how dome structures (similar to eggs) can bear great weight due to their structure. They learnt about the work of Buckminster Fuller the American architect who popularised the geodesic dome. 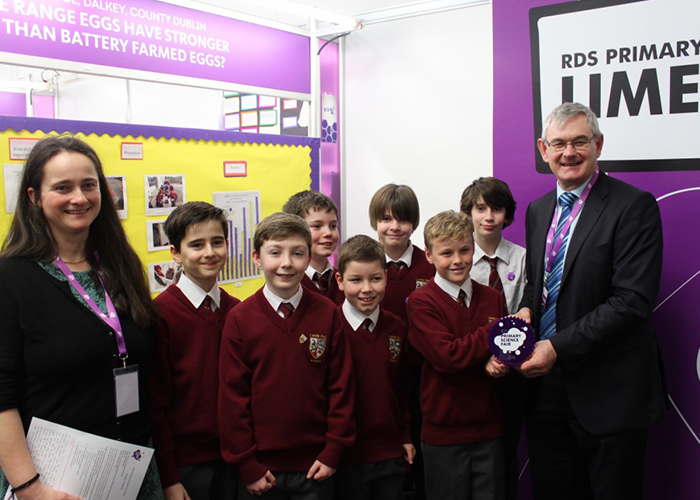 The judge who visited the stand reported “I will never look at an egg again without thinking of this project! The children were clearly involved in predicting, observing, designing, making, measuring, recording and presenting. The stand was well organised, colourful, full of information and had lots of models on display. The children explained their project very well and also looked at other issues, e.g., strength v shape and also displayed a model of the inside of a hatching egg. The fact that the school actually hatches eggs each year gives great credibility to this project. Congratulations to all the children who worked on this investigation and also to their science teacher who excites her students. Well done!” 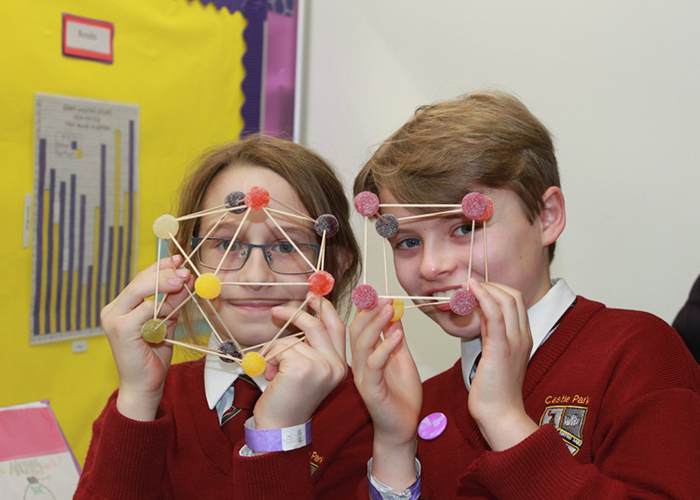 < Dipping our toes into Dahl