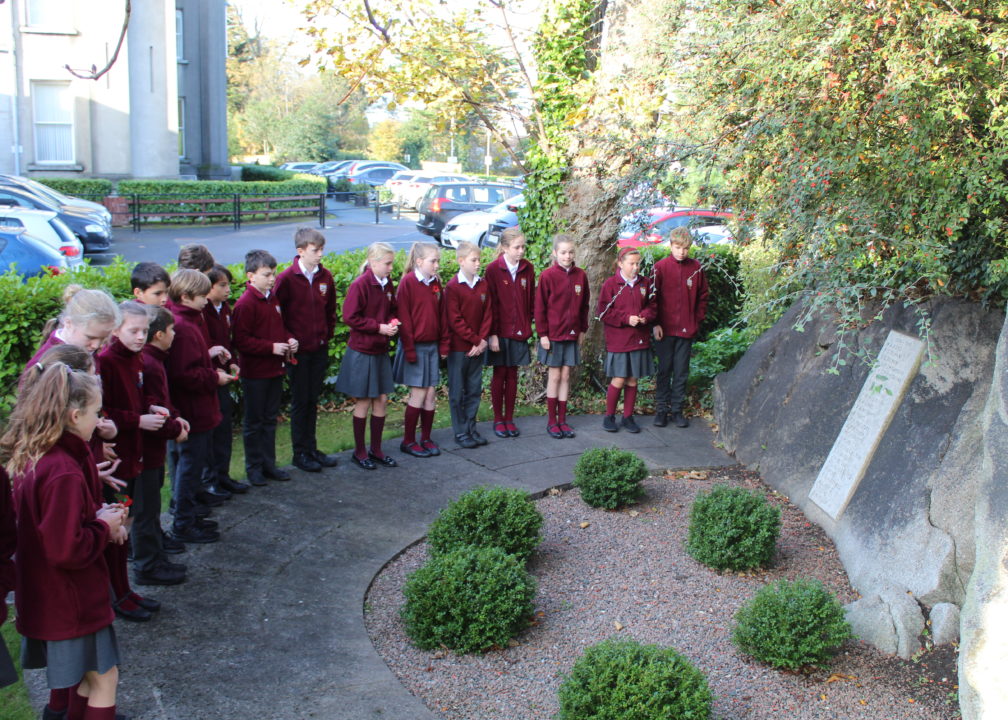 This year’s Remembrance Day Assembly focused on the experience of some teenagers who participated in World War One. They had all lied to the recruiting officers to get around the minimum age requirement and they ended up fighting on the Western Front. The first British soldier killed in action, Private John Parr, had actually joined the army at the age of fourteen in 1912. He was part of a cycling reconnaissance unit when he was killed on 21st August 1914. The youngest British army officer was fifteen-year-old Reginald St John Battersby. He led a unit of 30 men at the Battle of the Somme. Later, he led a full and active life, despite having to have a leg amputated. He served as a vicar back in his native Manchester for many years. Another teenage recruit, Aby Bevistein (Harris), was executed after a court-martial for desertion at the age of seventeen. It is likely that he was suffering from shellshock. The youngest British soldier to fight in World War One was Sidney Lewis. He enlisted at the age of twelve and fought in the Battle of the Somme at the age of thirteen. His desperate mother furnished the War Office with his birth certificate to seek his return. He was sent back to England and would later rejoin the army when he reached the minimum age of 18.

Our School had been in existence for just 10 years when World War One began. Although a very small school, 56 pupils and staff would see service. Twenty-five losing their lives. The first boy to lose his life, Harold Boyd, was also the very first boarder to arrive at the School in 1904. The youngest former pupil to die in the war, Vernon Young, was just eighteen when he died in September 1918.